Full Name
Bakari Brock
Job Title
Senior Director of Global Partnerships
Company Name
Microsoft for Startups
Speaker Bio
Throughout my career—whether at Google, YouTube, Twitter or Lyft—I’ve been guided by two principles: solving complex business problems; and adding lasting value to the company. As Senior Director of Global Partnerships for Microsoft for Startups, I have a chance to do both.

In addition to overseeing relationships within Microsoft’s startup ecosystem, I’m also leading the organization’s diversity and inclusion (D&I) efforts—a cause I believe is paramount for our industry.

Prior to joining Microsoft, I served as VP of Strategic Partnerships for Guideline, a fintech company that provides 401K plans for small business, where I was involved in matters relating to revenue, strategy and go-to-market concepts.

At Lyft (2014-2020), I brokered agreements between the company and numerous regional and international airports, creating templates that ushered in a new era of transparency within the industry.

More broadly, I led efforts to support Lyft’s public and private partnerships—a role that encompassed everything from data science to strategic operations. In addition to airports, I lead strategic efforts in a variety of sectors, from transit to higher education.

It’s not the first time I’ve helped take a Silicon Valley heavyweight to the next level. At Twitter, I had a hand in developing the company’s Developer Terms of Service agreement (known as the Firehose).
As Legal Director in charge of global revenue, I managed a team that supported Twitter’s international growth efforts.

From 2007 to 2009, I served as Corporate Counsel for one of Google’s biggest subsidiaries: YouTube. While there, I supported content licensing and app syndication, including YouTube pre-installation on Nokia phones—bringing the platform to millions of new consumers.

I hope my role with Microsoft will be equally impactful. With Azure, we have a chance to give startups the foundation they need to grow and thrive. And I’ll ensure that the cause of D&I remains a focal point in our organization.
Speaking At
Real Founders, Real Stories: Fireside Chat with Microsoft for Startups 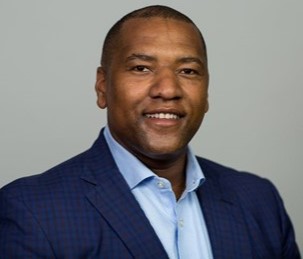