Full Name
Jewel Burks Solomon
Job Title
Head
Company Name
Google for Startups
Speaker Bio
Jewel Burks Solomon is the Head of Google for Startups in the US. In this role, Jewel works to level the playing field for underrepresented startup founders and communities by connecting them with Google’s products, people, and best practices. In addition to this role, Jewel also serves as Managing Partner at Collab Capital, a $50M venture capital fund she launched to close the funding gap for Black entrepreneurs. Jewel’s work and mission are about creating more access to the technology innovation ecosystem.

Prior to leading Google for Startups and Collab Capital, Jewel was the Founder/CEO of Partpic, a startup that was acquired by Amazon in 2016, which streamlined the purchase of maintenance and repair parts using computer vision technology. After the acquisition of Partpic, Jewel became a product leader at Amazon’s Visual Search and AR team. She led the integration of Partpic’s technology and launched it as Amazon PartFinder in 2018 to the over 150M users of Amazon’s Mobile Shopping App.

Before founding Partpic, Jewel held management and sales roles at McMaster-Carr and Google, Inc. Jewel was named as one of Forbes 30 Under 30 in 2016, one of Ebony Magazine’s Power 100 in 2018, and one of Atlanta’s 100 Most Influential People in 2020.

Jewel serves on the boards of The Community Foundation for Greater Atlanta, where the mission is to lead and inspire philanthropy to increase the vitality of the region and the well-being of all residents, and Endeavor Atlanta, which helps the fastest-growing entrepreneurs create lasting enterprises by providing the resources they need to scale without dilution. She is a member of the 2019 Class of Henry Crown Fellows within the Aspen Global Leadership Network at the Aspen Institute.
Speaking At
Leveraging Future Opportunity Today 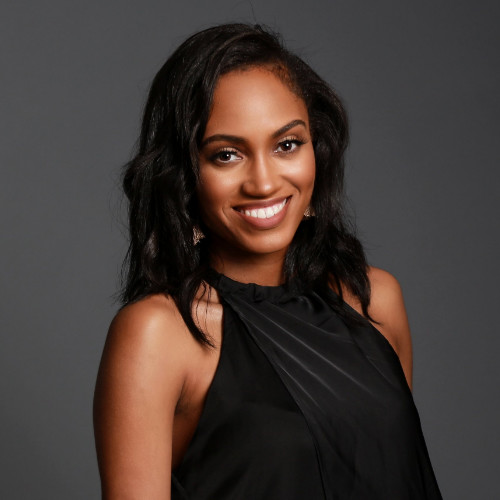